Today’s featured book is from JoJo Moyes, one of my new favorite authors.  One Plus One is the story of a single mom, a chaotic family, and one quirky stranger.

Ed Nicholls was in the creatives’ room drinking coffee with Ronan when Sidney walked in.  A man he vaguely recognized stood behind him, another of the Suits.

“We’ve been looking for you,” Sidney said.

Ed studied them for a minute, then threw a red foam ball at the ceiling and caught it.  He glanced sideways at Ronan.  Investacorp had bought half shares in the company a full eighteen months ago, but Ed and Ronan still thought of them as the Suits.  It was one of the kinder things they called them in private.

“Do you know a woman called Deanna Lewis?”

“Did you give her any information about the launch of the new software?”

Jess Thomas and Nathalie Benson slumped in the seats of their van, which was parked far enough away from Nathalie’s house that they couldn’t be seen from inside.  Nathalie was smoking.  She had given it up for the fourth time six weeks ago. (p. 4).

Blurb:  One single mom. One chaotic family. One quirky stranger. One irresistible love story from the New York Times bestselling author of Me Before You

American audiences have fallen in love with Jojo Moyes. Ever since she debuted Stateside she has captivated readers and reviewers alike, and hit the New York Times bestseller list with the word-of-mouth sensation Me Before You. Now, with One Plus One, she’s written another contemporary opposites-attract love story.

Suppose your life sucks. A lot. Your husband has done a vanishing act, your teenage stepson is being bullied, and your math whiz daughter has a once-in-a-lifetime opportunity that you can’t afford to pay for. That’s Jess’s life in a nutshell—until an unexpected knight in shining armor offers to rescue them. Only Jess’s knight turns out to be Geeky Ed, the obnoxious tech millionaire whose vacation home she happens to clean. But Ed has big problems of his own, and driving the dysfunctional family to the Math Olympiad feels like his first unselfish act in ages . . . maybe ever.

What do you think?  Does this one grab you?

46 thoughts on “TUESDAY POTPOURRI: INTROS/TEASERS – “ONE PLUS ONE”” 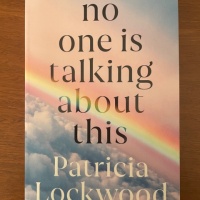