Welcome to another Tuesday celebrating bookish events, from Tuesday/First Chapter/Intros, hosted by Bibliophile by the Sea; and Teaser Tuesdays hosted by A Daily Rhythm.

Today’s featured book is one I hope to read this week.  It has been on Pippa since October 2015, so not that long, right?  It is The Shadow Year, by Hannah Richell.  Suspenseful and moving, with a deep secret at its heart, THE SHADOW YEAR is Hannah Richell’s breakout book.

It is the smallest details that come to her:  the damp grass underfoot threaded with buttercups, the air humming with insects, the snap of her nightdress catching in the breeze.  As she wanders out of the cottage and down toward the mirrored surface of the lake, her senses are heightened.  She hears the splash of a duck hiding in the reeds and the slow drum of her heart in her chest.  Just a few moments to herself, she thinks—to wash—to swim—to clear her mind and ready herself for what lies ahead.  Soon she will be gone from this place.

Every morning, Lila wakes to the remnants of the same dreams—running down a landing, a sickening plunge, a shattering impact—until one ice-cold morning there’s the haunting fragment of something else echoing from deep within the shadows of her sleep.  She’s still running, she’s still falling, only this time there are three distinct words tumbling behind her into the void:  just like her. (43%).

Synopsis:  Still grieving the death of her prematurely delivered infant, Lila finds a welcome distraction in renovating a country house she’s recently inherited. Surrounded by blueprints and plaster dust, though, she finds herself drawn into the story of a group of idealistic university grads from thirty years before, who’d thrown off the shackles of bourgeois city life to claim the cottage and rely only on each other on the land. But utopia-building can be fraught with unexpected peril, and when the fate of the group is left eerily unclear, Lila turns her attention to untangling a web of secrets to uncover the shocking truth of what happened that fateful year, in order to come to terms with her own loss and build a new future for herself. 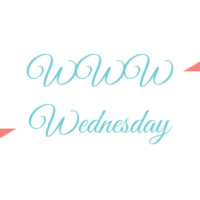 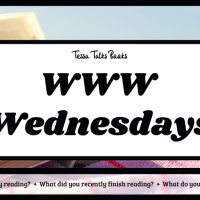